Goodbye 2020...Hello 2021! We're set for an exciting year here at World of Wool with new fibres, new kits, new offers and much more. Sign up to our Newsletter to be first to hear.

The Blue Faced Leicester Sheep is the most popular crossing sire throughout the British Isles, but can you guess what it used to be commonly known as?

The Blue Faced Leicester evolved from a breeding scheme to develop the Longwool sheep in the 1700's, by Robert Bakewell, and was originally known as the Dishly Leicester. The breed was developed over the next 200 years and became commonly known as the Hexham Leicester due to its early concentration in the North of England.

In 1963 the Blue Faced Leicester (as it is now known) Sheep Breeders Association was formed to encourage the breeding and maintain the purity of the sheep.

The Sheep
Blue Faced Leicester sheep should have a broad muzzle, good mouth and a tendency towards a roman nose, bright alert eyes and long erect ears. The colour of the head skin should be dark blue showing through white hair; although a little brown is acceptable. There should be a good length of neck laid into broad shoulders with a good spring of rib and a long strong back with no weakness behind the shoulder.

The Wool
They have curly threadlike wool which makes it considerably lighter than others. Some fleeces only weigh 1 to 3 kg (2.2 to 6.6 lb). These particular kind of sheep have no wool on the head or neck. It is important that the wool be tightly purled, fine and open cleanly to the skin.

The wool is fine and dense with a good lustre and is long, therefore, it is well suited to combing. The fleece is highly prized for its likeness to mohair and for its production of attractive lustrous yarns with good resilience. 26 Micron and an average length of 85-90mm. Perfect for hand spinning, hand felting and many other craft uses.

Available from World of Wool: 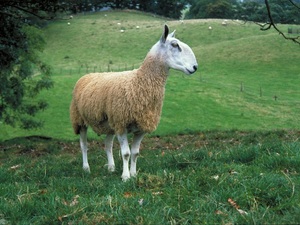 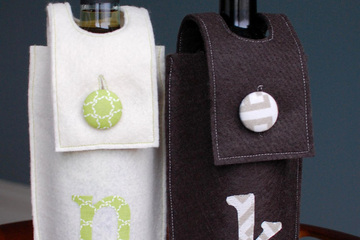 Father's Day craft - How to make a felt wine sleeve

Father's Day is fast approaching, so why not make him a felt wine sleeve, perfect to keep his favourite wine safe! 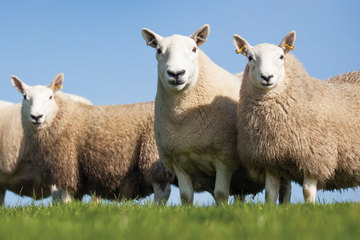 This month our Fibre Focus talks about the Cheviot Sheep that originated in the Cheviot Hills, from which this breed of sheep gets its name, on the borderline between England and Scotland. 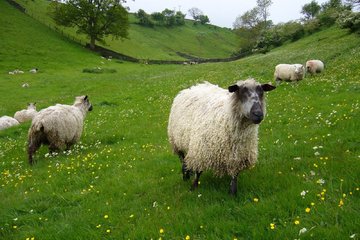 This month our Fibre Focus talks about the Teeswater Sheep. Did you know that the principal use for the Teeswater is in the production of a crossbred ewe, the Masham? 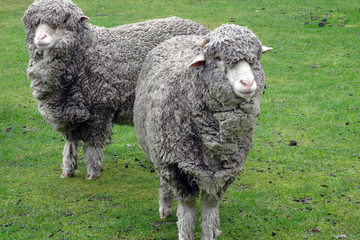 This month our Fibre Focus talks about the Merino sheep, which is an economically influential breed of sheep prized for its wool. The breed originated in Spain, but the modern Merino was domesticated in New Zealand and Australia.