We’re getting very Christmassy here at World of Wool and we would like to share with you how to make felt snowmen diorama with Annie and Lyn from Rosiepink. They will look super festive stood on your mantelpiece or hanging from your Christmas tree!

We would like to thank Annie & Lyn from Rosiepink for sending in this Christmas tutorial (in their own words); you can also find these instructions on their website here.

What you need to do:

From start to finish it took me two weeks, a few hours here and there, because I spent more time thinking things through than actually making!  But to start off I just jumped in and made 6 large, white, round felt beads (how to make felt beads) and I felted them until they were firm but still had a bit of 'give' in them.

When the white beads were dry, I used strong white thread and a large, sharp needle to sew the bodies together. To make each snowman, I passed a thread through the centres of three beads, but left a gap between each one to enable me to pass two more threads, one either side, and quite close to, the first thread. I left about six inches of thread at each end. [See image 1]

I tied the threads into a knot at one end, then pulled all the threads together gently from the other end, until the beads compressed into each other a little, then tied them off. The snowmen each stand about 13.5cm tall (5.5").

I wanted the snow-woman to have a necklace of colourful beads, so I made about 50 mini-beads. They varied in size a little as I needed very small ones for around her neck.  It wasn't possible to make them in the same way as a regular bead, so I took just a few fibres of merino wool, messed them up between my fingers, then dry-rolled the fibres between my thumb and fingertips until it looked like a bead. [See images 2, 3 & 4]

Then I dipped it into some warm water, made soapy with a little dish-soap, and continued rolling it between my thumb and fingertips until it was firm but with a little give so that I could push a fine needle through it to string it onto fine white thread. [See images 5, 6 & 7]

Her hat was made from a circle of thin, handmade felt (how to make flat felt). I hand-sewed running stitches in a circle as shown below - the inner dashed-line circle represents the stitches - then I drew up the thread to form the crown of her hat until it fitted. [See image 8]

Her arms would have been fiddly to make in felt (not impossible but life's too short for that amount of fiddling) so I went into the garden to look for twigs.  I couldn't find any suitable bits of twig so I used beading wire instead.  I cut three lengths, each one approx four times the width of the snow-woman body, then threaded them into a long needle - bending half inch at the ends to keep the wires in the eye of the needle.  I pushed the needle through the centre of the body, then pulled the wires through so that roughly an equal amount stuck out either side. [See image 9]

I twisted one of the lengths of wire around the other two, then snipped the ends to make 'fingers'.[ See image 10]

Mr snowman needed an orange nose, so I made a bead, then when it had just started to hold a round shape, I rolled it back and forth in one direction in the palm of my hand to make pointy ends. I made a small hole, with fine pointed scissors, in the white 'head' bead to put the pointy end of the orange bead in, then I poked around the base of the orange bead with a felting needle to attach it.

The snowman's hat was cut from thin handmade felt (it was a scrap of nuno felt from another project) and stitched together. I cut two circles (circle B was cut out of circle A) and a strip to construct the hat - as shown in the diagram below. [See image 11]

The snowman's scarf is simply a long strip of the same felt knotted around his neck.The mistletoe leaves were cut from a piece of thin green felt and stitched together, with three white beads made in the same way as the necklace beads, stitched onto the leaves. I made a small thread loop on the back so that I could hook the mistletoe onto the snowman's hand.

Both snowmen's bottoms were flattened by the pulling up of the threads, but they are lightweight so I decided to anchor them to the diorama base.

I used a rectangle of white mount board for the base, and once I'd worked out where I wanted the snowmen to stand, I used dressmaking pins to impale them - worked a treat! [See image 12]

I covered the white mountboard with a thin layer of PVA glue then placed fine tufts of white merino wool on it before putting the snowmen down onto their beds of nails.  Well, that's what I did the second time.  The first time I just covered the board with tufts of merino wool, placed the snowmen, then someone opened a door and the draught blew most of the merino 'snow' onto the floor!

The backboard is a rectangle of black mount board covered with a gauzy blue fabric printed with silver stars. Now you have your wonderful snowmen diorama!

Thank you so much to Annie & Lyn from Rosiepink for sending in this tutorial for us to feature!

Let us know if you have created a snowman diorama using this Christmas tutorial and show us your pictures on Facebook and Twitter, we’d love to see them!

We are on the hunt for new and interesting tutorials to feature on our website and in our forthcoming newsletters, so if you have a tutorial that you would like us to highlight, please contact andy@worldofwool.co.uk 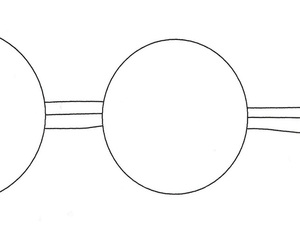 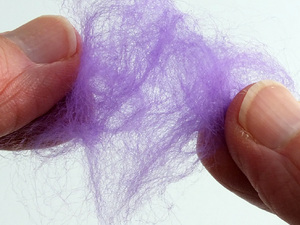 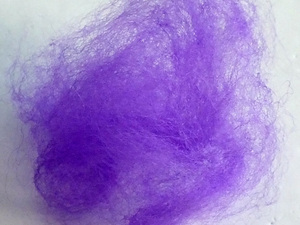 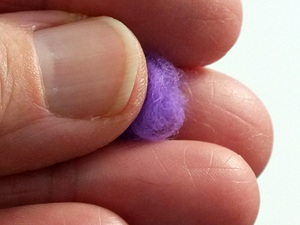 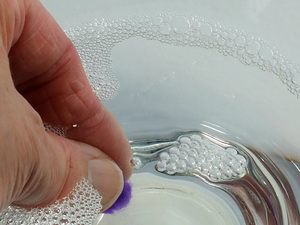 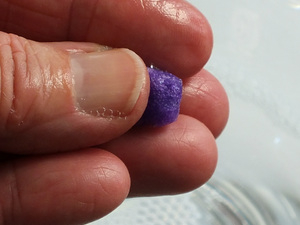 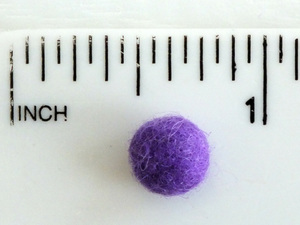 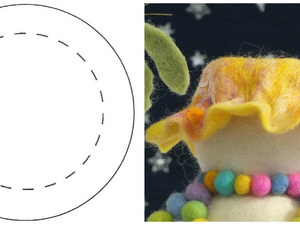 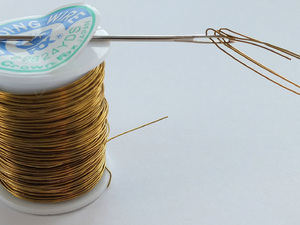 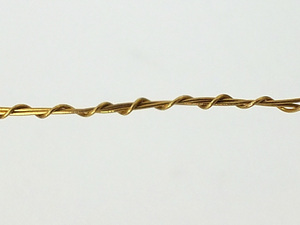 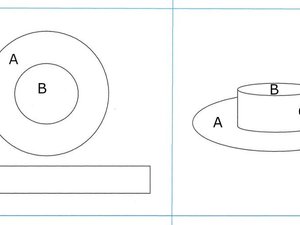 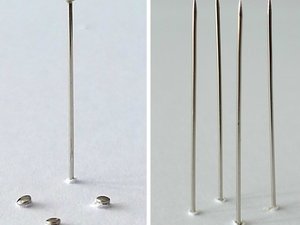 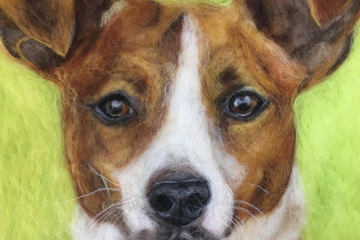 Tutorial of the month - How to make a pet portrait

If you're wanting to learn how to create life-like portraits of your pets using wool, then this tutorial from Sarah Vaci will show you how! 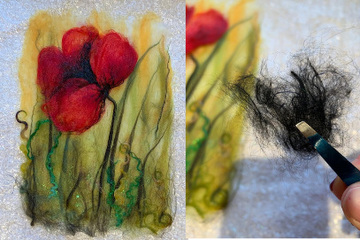 Nikki Wheatley was selected as our Featured Artist back in September 2018. This month she's back to share her tutorial for a Felted Poppy Picture with us. 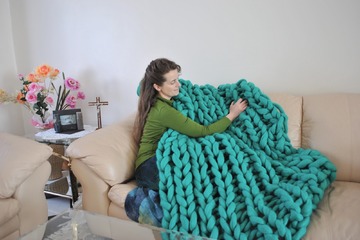 This month’s tutorial comes from Stacy Tavassoli, founder of arm knitting business, Truly Majestic. Her tutorial focuses on arm knitting and how to create a rib stitch chunky knit blanket. 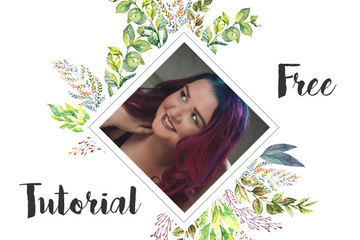 Tutorial of the month - adding long fur to a Havanese Dog

May’s tutorial of the month comes from Pam Duthie, a crafting superstar with nearly 3,000 subscribers on YouTube, who follow her for her artistic inspiration.